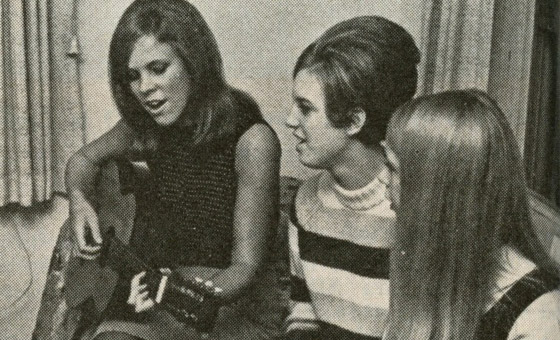 Two new books, the result of years of dedicated research, made their debut in 1965.

First, the “Guide for Pledges,” replacing the former pledge manual, was distributed in 1965. Aleene Carter Thieme (Kansas, 1924) completed the coordination, compilation and rewriting of material which represented the vision and knowledge of many of Gamma Phi Beta’s talented writers. Second, a new edition of the Song Book was distributed, again compiled and edited by Frances Atwater Lindloff (Oklahoma, 1928). This eighth edition was the last version to be printed in its entirety.