In the spring of 1965, Gamma Phi Beta’s crest or coat-of-arms took on a new look.

Originally created by Gertrude Comfort Morrow (California-Berkeley, 1910), her design for the crest was chosen in a competition held during the 30th Convention at Asilomar, California, in 1915. In 1960, the idea of adding color to the crest, which to that point had been used in monotone, was introduced, but it wasn’t until the spring of 1965 that the use of color was approved and adopted. The four official colors — dark brown, pink, white and gold — are still in use today and the crest is protected by registration in the U.S. Patent Office under the Federal Trademark Act. 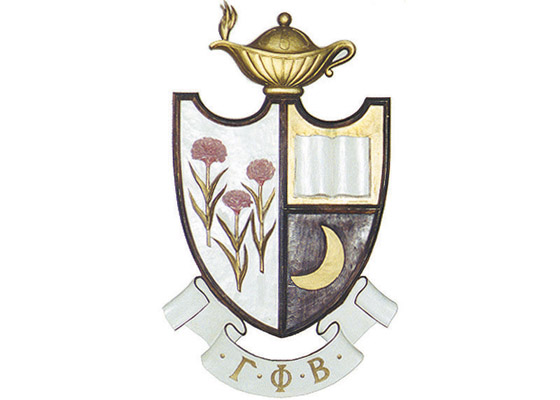