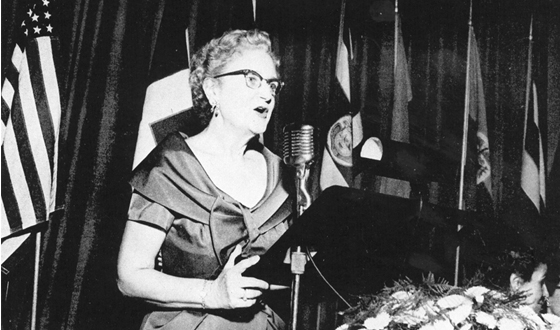 Societies that had a member on the National Panhellenic Conference (NPC) Executive Committee were allowed another delegate and thus Beatrice Locke Hogan (Oregon, 1912) entered the NPC as a special delegate in 1951 and then served as secretary in 1953. At NPC’s biennial conference held at the Greenbrier Hotel in White Sulphur Springs, West Virginia, held November 14-18, 1955, Beatrice became chairman when the rotation upon which the NPC’s chairman was selected once again reached Gamma Phi Beta in 1955.