The Roaring Twenties ended abruptly with news of the stock market crash on October 29, 1929. That chaotic and desolate day – now known as Black Tuesday – marked the beginning of the Great Depression, a worldwide economic crisis that lasted into the mid-1940s. By 1931, unemployment had reached unprecedented levels with more than eight million unemployed. Men in suits sold apples on street corners and others jumped freight trains traveling to other cities to find jobs. Many lost their homes to foreclosure and ended up living in shantytowns nicknamed “Hooverville.”

In 1932, Democratic candidate Franklin D. Roosevelt defeated incumbent Herbert Hoover and would spend 12 years in office. In his inaugural speech, he urged the destitute nation to remember, “The only thing we have to fear is fear itself.”

Also during this decade, the first female cabinet member was appointed, Amelia Earheart became the first woman to complete a solo flight across the Atlantic and the German airship “Hindenberg” exploded while attempting to land at the Lakehurst Naval Air Station. Radio became fashionable entertainment, the popular board game “Monopoly” was invented and the “Superman” comic debuted. 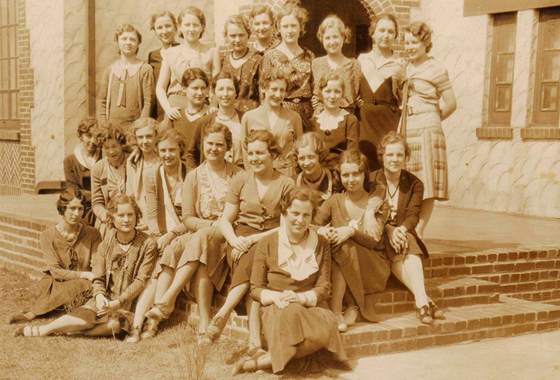