On August 18, 1920, the 19th Amendment was finally ratified and women earned the right to vote. The 18th Amendment, ratified in 1919 to outlaw alcohol, began causing unprecedented law-violations in the 1920s as citizens began finding illegal means to obtain it. Capitalizing on underground hooch spurred even more illegal activity like gang involvement, assassinations and hijackings of automobiles carrying the prized contraband. By 1924, Al Capone was building an empire and speakeasies began popping up across the country.

1927 saw the first trans-Atlantic flight when Charles Lindbergh successfully landed “Spirit of St. Louis” in Paris. That same year, the first motion picture with sound, “The Jazz Singer,” debuted. In 1928, President Herbert Hoover was voted into office and was the first President to keep a phone at his desk. The end of the decade was marked with disaster as the country plunged into the Great Depression in October, 1929.

Thirteen Gamma Phi Beta chapters were installed during this decade. 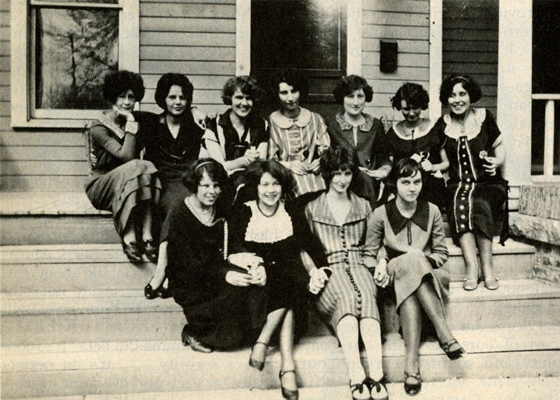