1912: The Changing Status of Women

The role of women changed dramatically during the 1910s. The Progressive Movement, which took root in the 1890s, was gaining momentum. Its goals, most of which arose out of the industrial revolution and the increased urbanization of the U.S., fought against political corruption, advocated safer work environments for laborers, and worked to protect and elevate the status of both women and children. While a great deal of good came out of the Progressive Movement, some factions carried the cause to extreme, expounding the virtues of socialism as a cure for economic and social inequality.

In November and December 1912 and January 1913, Edith Rickert, a Vassar graduate, wrote a series of articles that appeared in Century Magazine, a once-popular New York publication that was in decline. Her articles were illustrated with cartoons, one of which showed a distressed rushee tied to a radiator with a caption that read, “A Novel Method of Extracting a Promise to Wear a Fraternity Badge.” One article proclaimed, “The Fraternity System is hastening on our ‘French Revolution’ by creating a type that rules by habit rather than by individual power and wisdom, and by inflexible system of caste.” 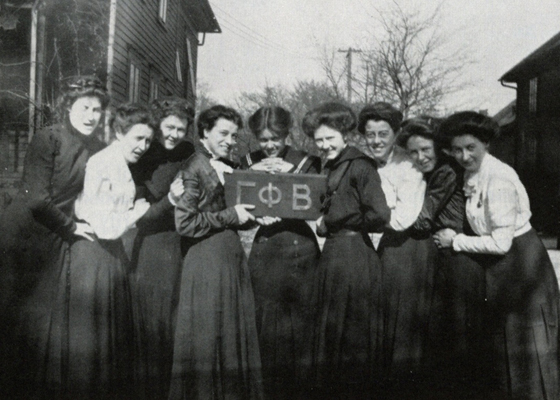 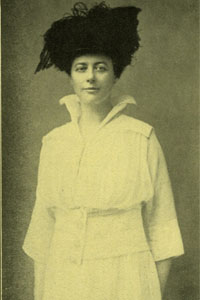 Alice Carpenter (Barnard, 1901), first initiate of Iota Chapter (Barnard) and head of the Woman’s Department of the National Progressive Party, as shown in The Crescent, March 1915.

While some regarded Miss Rickert’s articles as an example of protest to the changing status of women who were unquestionably more involved in social and political issues than ever before, her articles also suggest a protest against fraternal organizations that she obviously perceived as bastions of elitism. Whatever Miss Rickert’s motivation, her articles spurred rebuttals from members of the National Panhellenic Conference (NPC). Years earlier, NPC established a rotation of officers, based on their dates of entrance into the organization, to ensure all societies were represented. Lillian Thompson, who was serving as the first Gamma Phi Beta NPC Chairman at the time of Miss Rickert’s articles, encouraged all their chapters to focus on scholarship and work toward better public relations. 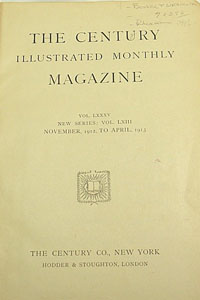