When the Founders invited new members, they were given ribbons of two shades of brown tied into a small bow. This tradition continued for two decades until the Convention of 1898 when a pin, a small gold crescent with an Arabic inscription of the number four, was proposed and rejected because of concerns over the cost.

At the 1902 Convention, both a small crescent and a small monogram were brought forward and rejected. Then Mrs. Palmer of the New York Alumnae Chapter moved that “the design of Newman, a shield with a brown field and fawn crescent, be adopted,” a motion that received unanimous approval. That settled, the Convention body also decided to return to the Founders’ words of light and dark brown when referring to the Sorority’s colors, eliminating the alternatives like tan and fawn that were sometimes used. 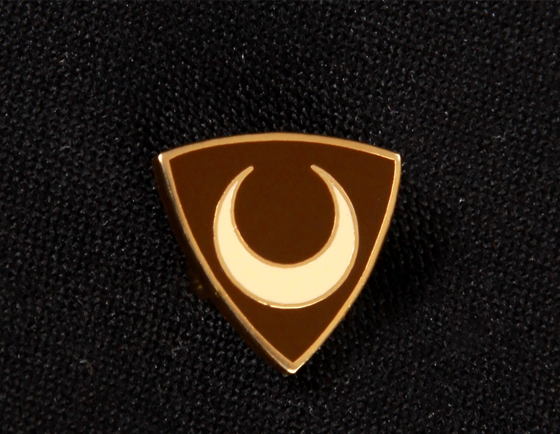