1893: Establishing an Executive Board and the Gamma Phi Beta Directory

Later the same year, the Gamma Phi Beta Convention addressed an issue that had risen to prominence as the Sorority grew both in size and sophistication — its governance. Up to this time, all business of the Sorority was conducted at Convention with a collegian chosen from the hostess chapter presiding. With no officers and no official head of the entire organization, there was no way to attend to any business that might arise between Conventions. The Convention affirmed the creation of an executive board, composed of alumnae, to conduct the Sorority’s business at the national level. 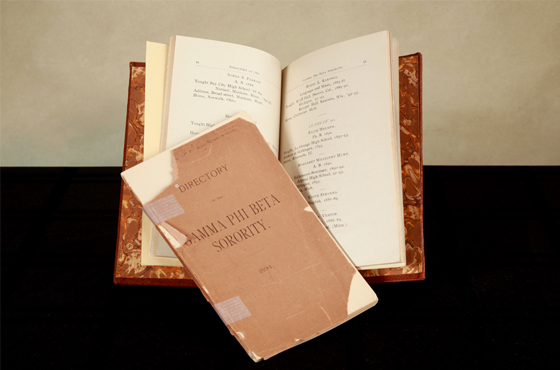 The 1894 Convention held in the Epsilon Chapter hall at Northwestern Illinois University in Evanston proved to be a momentous one. On Gamma Phi Beta’s 20th birthday, three members to serve as the executive board were elected for the first time. Louise Putnam (Boston, 1887) and Honta Smalley (Michigan, 1885) were elected along with Ella French (Syracuse, 1877), who was made chairman, essentially making her Gamma Phi Beta’s first Grand President. Mary Whitford (Syracuse, 1878) proudly announced that at last a printed directory was available that included names and addresses of all the members. Five hundred copies had cost her $87, a sum she planned to recoup from sales of the directory. At the close of her first year as head of the Sorority, Ella French’s report disclosed receipts of $69.85, disbursements of $40.64, and a modest balance of $29.21 in the treasury. 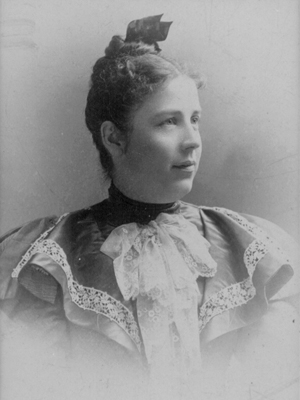