The Path to Education

Until the mid-1800s, most girls attended school only when and if her family could afford for her to take time away from her household chores. The curriculum was entirely practical, intended primarily to improve a girl’s domestic skills. Young ladies from wealthier families often attended secondary schools referred to either as “finishing schools” indicating the end of the young ladies’ education prior to her marriage, or “seminaries,” where a more scholarly approach to education was taken. Even then, a woman’s education was predicated largely on the ideal of the Christian wife and mother and stressed their roles as the creators and molders of future virtuous citizens.

Perhaps not surprisingly, there appears to have been more resistance to the concept of co-education than to the establishment of women’s educational institutions. Co-education was strongest in the pioneering Midwest and West while Northeastern institutions, connected as they were to the social and economic elites, resisted it. Oberlin College, founded in Ohio in 1833, began admitting African American students in 1835 and admitted four women in 1837, so everyone could be “educated together to carry God’s cause on earth.” 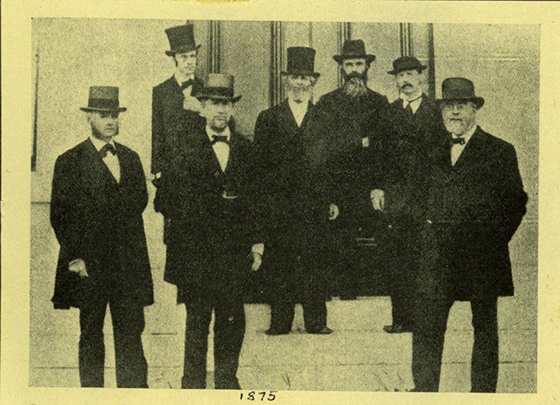 Higher education for women surged after the Civil War. Despite some progress, however, the most well-known assault on women’s education came in 1873 when Dr. Edward Clarke wrote “Sex in Education,” in which he argued that the rigors of higher education were likely to cause nervous breakdowns in women, corrupt their otherwise moral nature and even damage their future reproductive capabilities.

Even after women were allowed admission in co-educational institutions they still faced many challenges and often-hostile environments within the schools. Many of the classes were segregated and some classes that were offered for men remained off-limits for women. They were frequently barred from participating in extracurricular activities such as musical groups, debate societies and other clubs. There is little wonder, then, that when the four Founders of Gamma Phi Beta arrived at Syracuse University, they sought the comfort and solace of each other’s company.