The ladies selected another outward symbol of their friendship – Gamma Phi Beta’s colors. While it has long been told that two shades of blue were chosen it was, in fact, only light blue they intended. In any event, just a few months later in October of 1875, the color was changed to honor another gentleman who had assisted them in their earliest days together. Dr. John J. Brown, a professor at the university, offered the ladies the use of the parlor in the house he rented for their afternoon meetings. However, several members of Alpha Phi lived in the same house and fearing the loss of some of their secrets, they declined his offer. For most of their first year, they met in the girls’ homes and on September 24, 1875 the minutes reveal that they met for the first time, “in the room kindly furnished by Professor Brown.” Out of gratitude for Dr. Brown’s generosity and encouragement, they changed the colors from light blue to two shades of brown – light and dark brown – a change that was formally adopted by an amendment to the Constitution at the 1887 Convention. Though the colors are often referred to as “brown” and “mode,” the term “mode” merely refers to the lighter shade of a particular color.

Besides the Sorority’s colors, changes to the Constitution in 1887 included a description of the grip as Adeline devised it, a definition of active members and provision for honorary members. The first Bylaws were attached at this time and included leveling a tax of five cents for tardiness at meetings and 10 cents for absence, excuses to be granted only by a majority vote of the members. 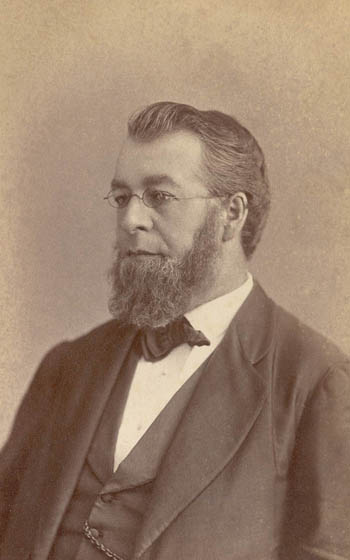