The Zeta Sigma colony was established in September 2004, following an extension recruitment. Lindsey Cooper (California-Santa Barbara), resident collegiate leadership consultant, educated the new sisters about Gamma Phi Beta, our values and our Founders' ideals. Lindsey helped the chapter develop its identity and prepare for elections, recruitment and Initiation. The colony was very active on campus and in the community and received second place for its participation in the campus domestic violence prevention week.

Members of Delta Upsilon Chapter at the University of Georgia initiated the 90 Zeta Sigma members on Saturday morning. Delta Upsilon members were hosted by the local Alpha Delta Pi Chapter. The Initiation was led by International President Linda Daniel Johnson (Vanderbilt) and Elizabeth "Kiki" Sloan Phillips (Washington), international director of ritual. Also initiated were three alumnae who were all mothers of members. 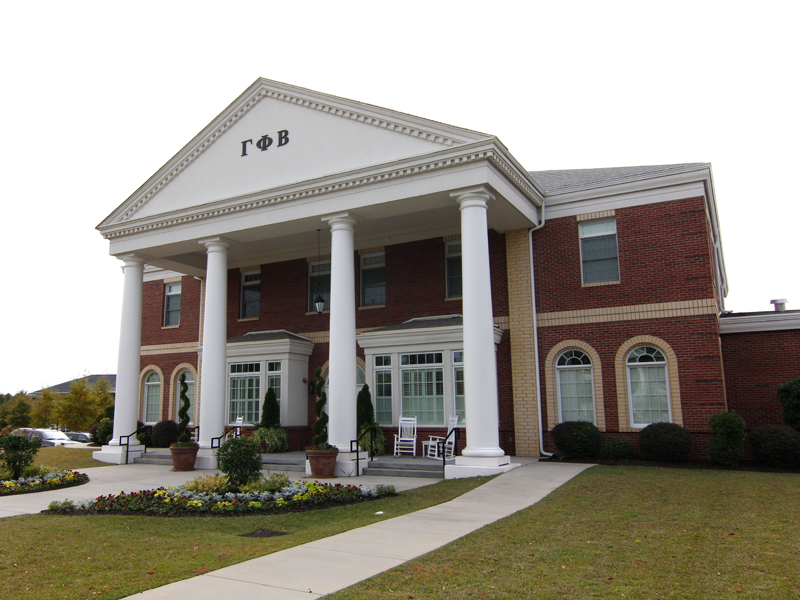 The Zeta Sigma Chapter facility in 2013.

Jessica Jecmen was mistress of ceremonies at the installation banquet, and Gena Runnion, the University’s director of Greek Life, spoke about the history of the campus and the Greek community’s place in it. Deborah Koslin, chapter president, was presented with silver serving platters and a punch bowl from the province and local alumnae. Linda Johnson concluded with the presentation of the charter and president's pin, encrusted with diamonds and pearls. Linda spoke about extending our membership through new chapters and how important it is for the newly initiated members to continue to receive support from the guests in attendance. The banquet concluded with chapter pictures next to the hotel pool.

Excerpt from the summer 2005 issue of The Crescent, page 28.