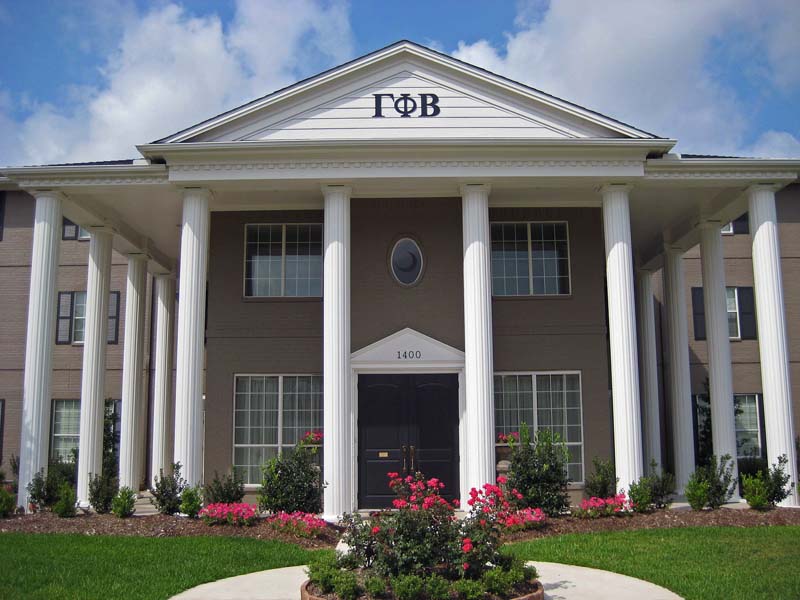 The Zeta Rho Chapter facility in 2011.

The long-awaited Initiation and Installation of Zeta Rho Chapter of Gamma Phi Beta commenced on Saturday, February 21, 2004, at the Hilton Hotel in College Station, Texas. After a day of learning about the ritual foundation of our Sorority, the charter class of Zeta Rho met to celebrate becoming the 161st colony to cross over into the ranks of "chapter."

After Initiation, the newest members of Gamma Phi Beta were showered with pink carnation bouquets from their friends and family and given pin boxes from Houston Alumnae Chapter. The ladies then returned home to dress for the installation banquet. Newly initiated chapters members and family, friends and alumnae and university officials attended the banquet. The program began with Extension Coordinator Whitney Gerard (Oklahoma City) acting as master of ceremonies. She introduced several speakers, including Texas A&M University Program Coordinator for Risk Management and Organizational Development Services Kim Novak. Soon after, International President Vicki Read presented Whitney Brady, chapter president, with the official charter as well as many gifts from local alumnae groups, other Texas collegiate chapters and advisors. In return, the chapter presented gifts of appreciation to "those alumnae who have been so committed to the success of Zeta Rho."

Excerpt from the spring 2004 issue of The Crescent, page 18.