Gamma Zeta Chapter (Texas A&M-Commerce) was formerly a local club called Tooanoowe, organized in 1930. During the fall of 1961, 49 former members of the local group were welcomed and all were initiated at the installation of Gamma Zeta Chapter at the Alpha Xi Chapter (Southern Methodist) facilitiy on the campus in Dallas, Texas. The charter was presented by Grand President* Beatrice Hill Wittenberg (Stanford, 1923) on March 3, 1962. The first five National Panhellenic Conference organizations on campus were admitted between 1959 and 1962. 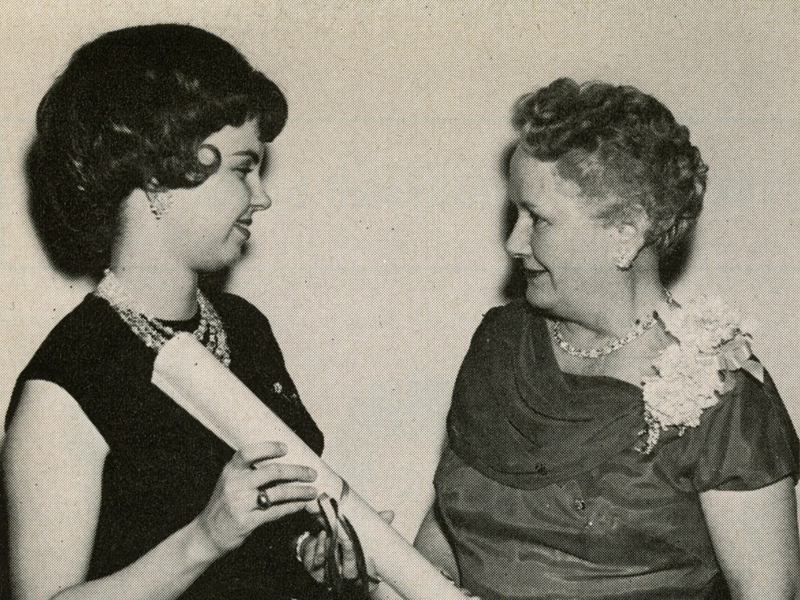