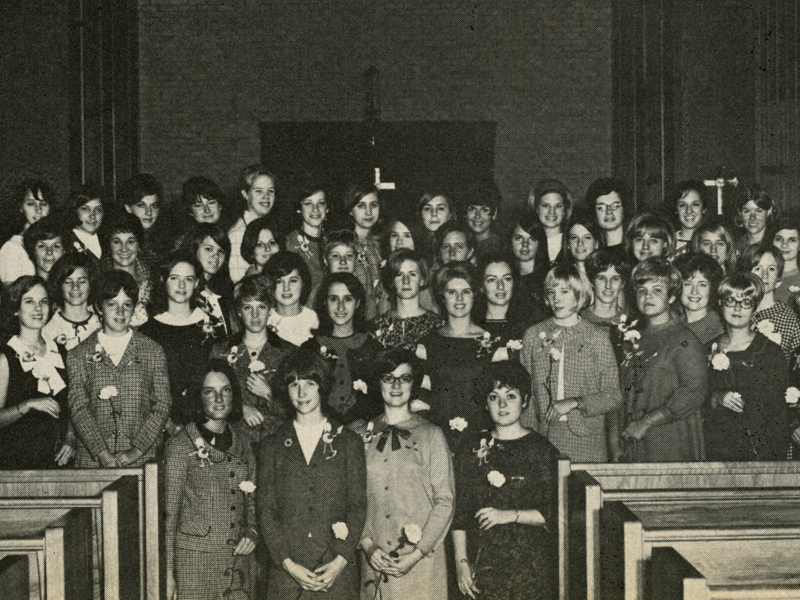 Some of Gamma Upsilon Chapter’s colony members in 1986.