Gamma Rho Chapter was installed at the University of Wisconsin-Oshkosh in Oshkosh, Wisconsin, on May 14, 1966. 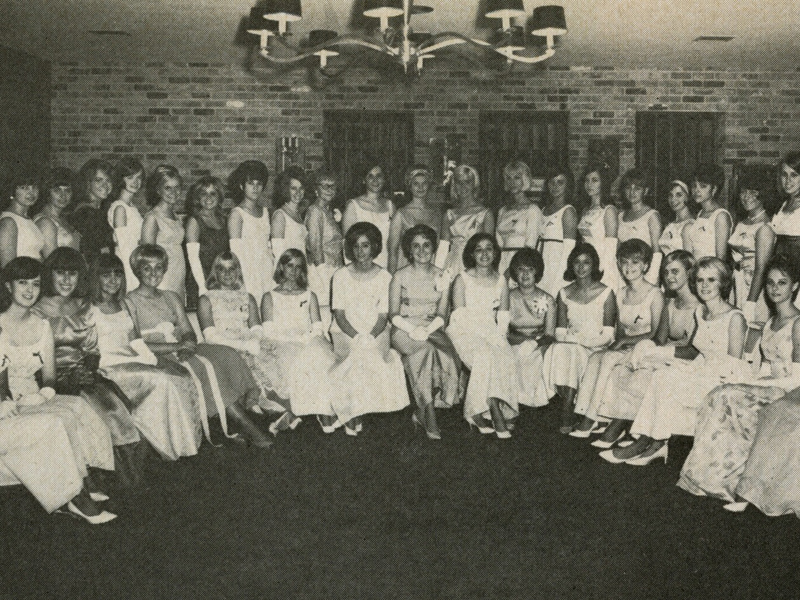 Some of Gamma Rho Chapter’s charter members in 1966.

Kappa Gamma, a local sorority founded in 1921, became the colony for Gamma Rho Chapter (Wisconsin-Oshkosh). Gamma Gamma Chapter (Wisconsin-Milwaukee) facilitated the pledging ceremony. Colonization was under the direction of Director of Expansion Mary Glendon Trussell (Northwestern, 1929) and Traveling Secretary* Margaret Mills Cook (Southern Methodist). There were 48 collegians and three alumnae initiates became the charter members of Gamma Rho Chapter at the Initiation ceremonies conducted by Gamma Chapter (Wisconsin-Madison) at the Presbyterian Church of Oshkosh. Climaxing the day was the presentation of the Gamma Rho charter to its Chapter President Jane Jacobson by Grand President** Orra Spencer Reid (Michigan, 1926) at the Carnation Banquet held at the Oshkosh Inn.