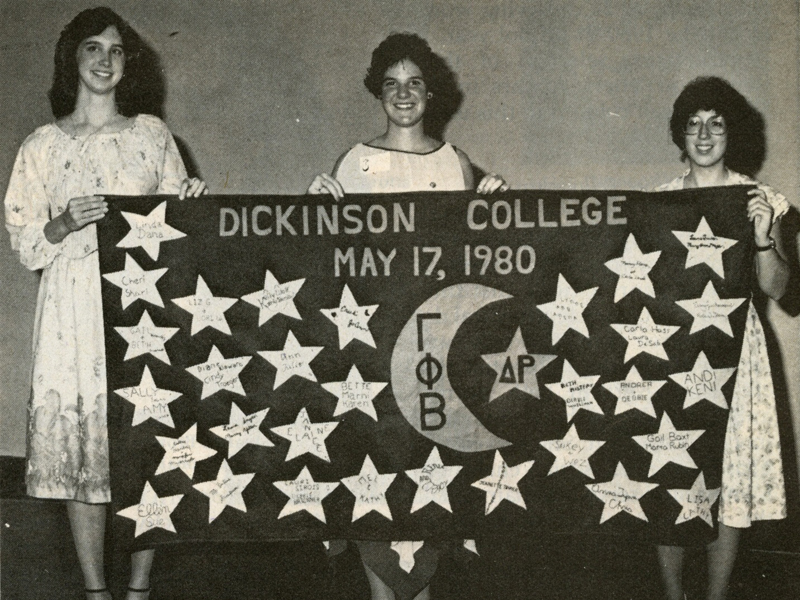 Delta Rho Chapter members with a banner made by their new member class in 1980.