*Gamma Phi Beta reorganized its structure from Provinces to Regions in 2006. 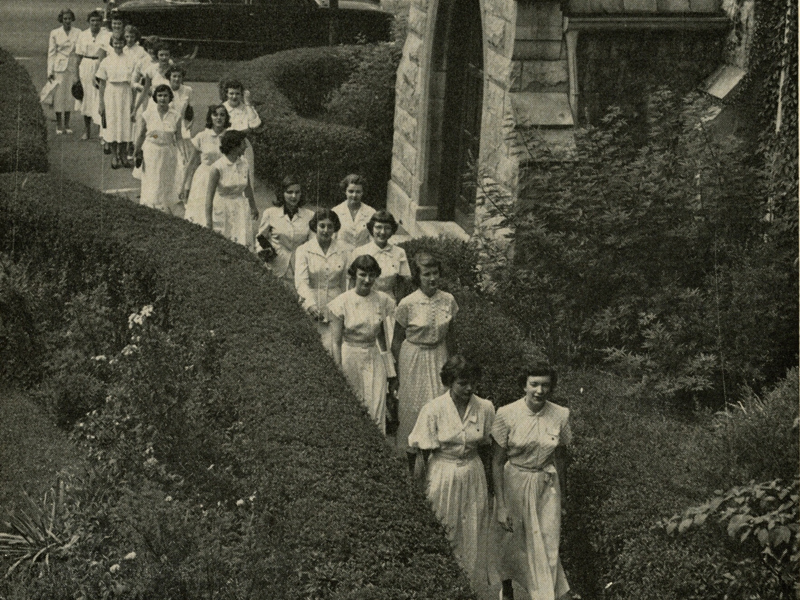 Beta Pi Chapter members headed to the chapter’s Installation in 1952.