Kappa Theta was a 25-year-old local sorority when San Diego State was opened to national sororities. Collegiate and alumnae members were welcomed during the spring and summer of 1949 after their petition had been accepted. Initiation services for 59 women were conducted by Alpha Iota Chapter (California-Los Angeles) and Beta Alpha Chapter (Southern California) and the charter was presented at the formal banquet by Grand President* Penelope Murdoch Simonson (California-Berkeley, 1909). 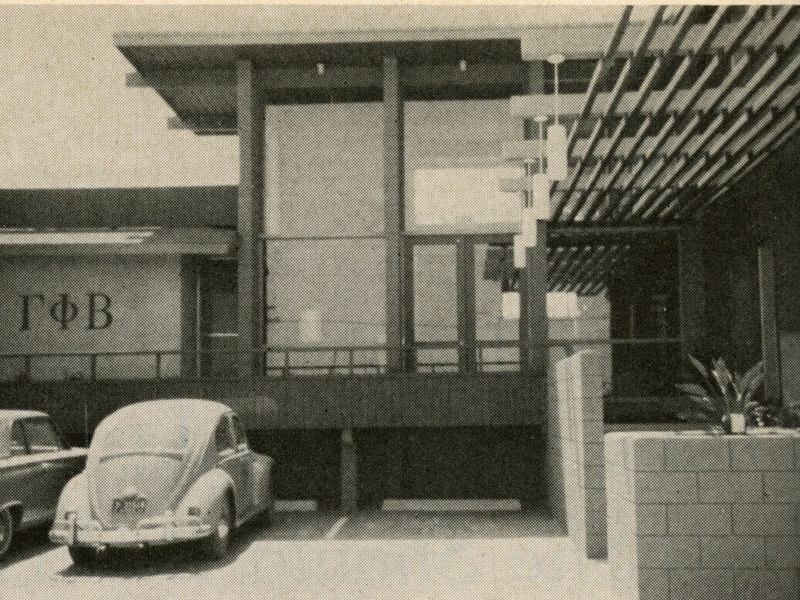 The Beta Lambda Chapter facility in 1967.