Only eight years after Gamma Phi Beta’s founding, a large increase in membership caused our members to discuss extending our organization onto a new campus. Kate Gardner (Syracuse, 1883), a freshman, wrote to a friend at the University of Michigan in reference to forming a chapter at that institution. Kate Gardner and Ella French (Syracuse, 1877) investigated a group of women on Michigan’s campus. Interest was sparked, and on June 7, 1882, Alpha Chapter (Syracuse) granted permission for Beta Chapter (Michigan) to be installed with six members at the University of Michigan-Ann Arbor campus, as Gamma Phi Beta’s second chapter. 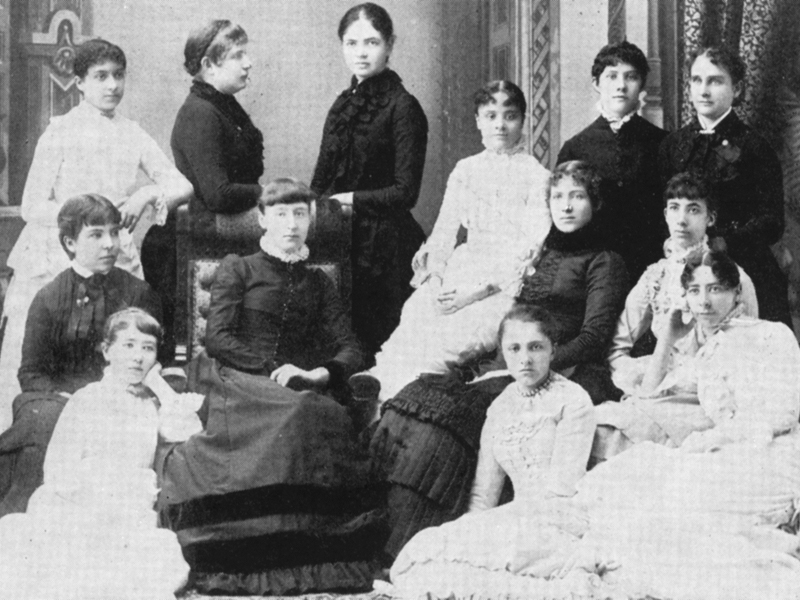 Beta Chapter charter members and early initiates in the 1880s.

The University of Michigan influenced the path of Gamma Phi Beta long before the new chapter’s emergence in 1882. Nine years after Gamma Phi Beta Founder Frances E. Haven (Syracuse, 1874) was born on Michigan’s campus, her father Erastus O. Haven was selected to preside of the University as its second president, serving from 1863-1869. He proved to be a highly influential figure, working to make the University of Michigan coeducational despite much criticism. In his biography, he later reflected, “The subject had not been suggested before and it was considered wild and insane. Not a member of the faculty approved it, but usually it was regarded as rather a dangerous joke on my part.” After years of dissent, women were admitted to the University in 1870. Haven Hall, named in honor of Erastus Haven in 1933, still stands on campus today.

Back to all chapters