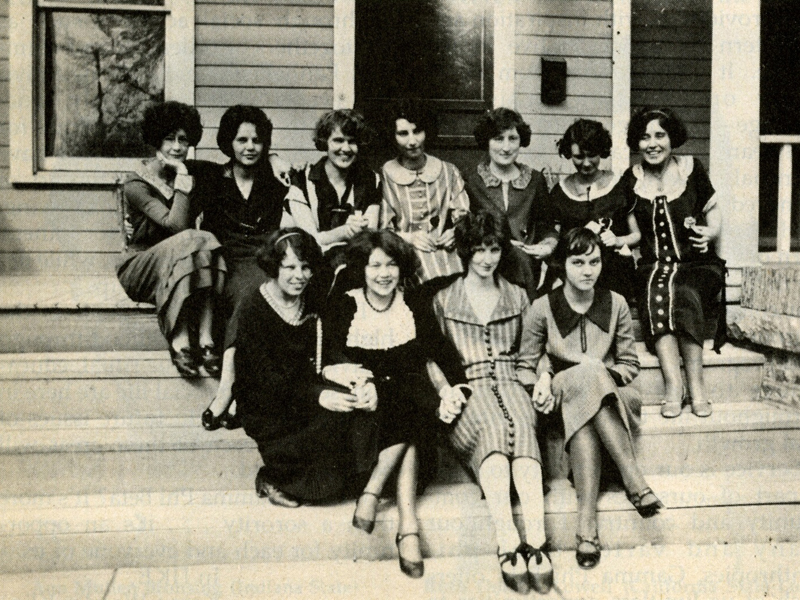 Members of Alpha Zeta Chapter sitting on their chapter facility porch in 1926.

The second chapter to be installed in 1922 was formerly the Sigma Club, organized the previous year. Florence Mitchell Smith (Northwestern, 1895) was the official inspector of the group following submission of a petition to the Seattle Convention of Gamma Phi Beta and with her approval a charter was granted. The formal Installation was conducted by Florence Mitchell Smith, Eula Fullerton (Oklahoma, 1920), Augusta Lee Sullivan (Oklahoma), Bess Logan (Missouri-Columbia) and Ethel Tucker Garth (Denver, 1906). Fourteen candidates were initiated.