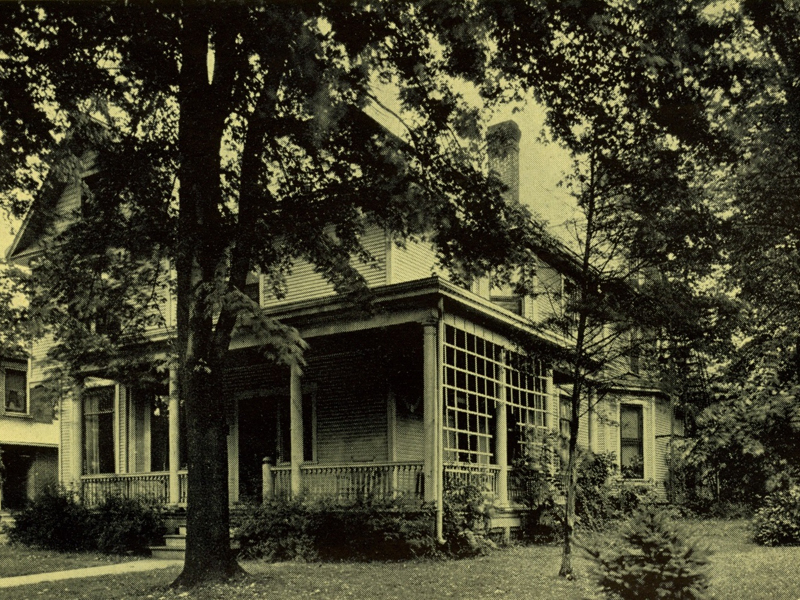 The Alpha Nu Chapter facility as shown in The Crescent, May 1933.

Alpha Nu Chapter was installed at Wittenberg University in Springfield, Ohio, on June 8, 1929.

Tau Delta Theta was the first local sorority founded in 1902. They became the second Gamma Phi Beta chapter in Ohio when 25 undergraduates and 13 alumnae were initiated by Alice Dibble Ramsey (Northwestern, 1924) and Bertha Schneider (Illinois at Urbana-Champaign, 1913) and the collegiate members of Alpha Eta (Ohio Wesleyan). The charter was presented by Grand President* Elizabeth Davidson Barbour (Northwestern, 1909).

Back To All Chapters