Zeta Chi Chapter was installed at Texas Christian University in Fort Worth, Texas, on February 2, 2008.

It was a great weekend in Fort Worth, Texas, as Zeta Chi Chapter was officially installed and 114 women were welcomed into Gamma Phi Beta’s sisterhood at Texas Christian University, culminating a journey of extension that began in September 2007.

For four new members, it was especially meaningful, as they were pinned by Gamma Phi Beta relatives or friends – one mother, one grandmother, one aunt and one teacher.

"Overwhelmingly, Zeta Chi new members spoke with pride in the friends they have made, how much they felt at home in Gamma Phi Beta and their accomplishments," remembers Linda Johnson. "I think their sisterhood is off to a great start!"

The Installation banquet for Zeta Chi was held at the Rivercrest Country Club, which was beautifully decorated with flowers. Several parents and family members were present; many arrived from out of town to witness the presentation of the chapter's charter and the president's badge to Jessica Wickizer.

The University administration was especially supportive by being present for the event, offering encouraging remarks, and giving a beautiful sterling silver punch bowl set as a gift to Zeta Chi. The evening also included a PowerPoint presentation documenting the colonization at Texas Christian University and songs performed by the collegians. 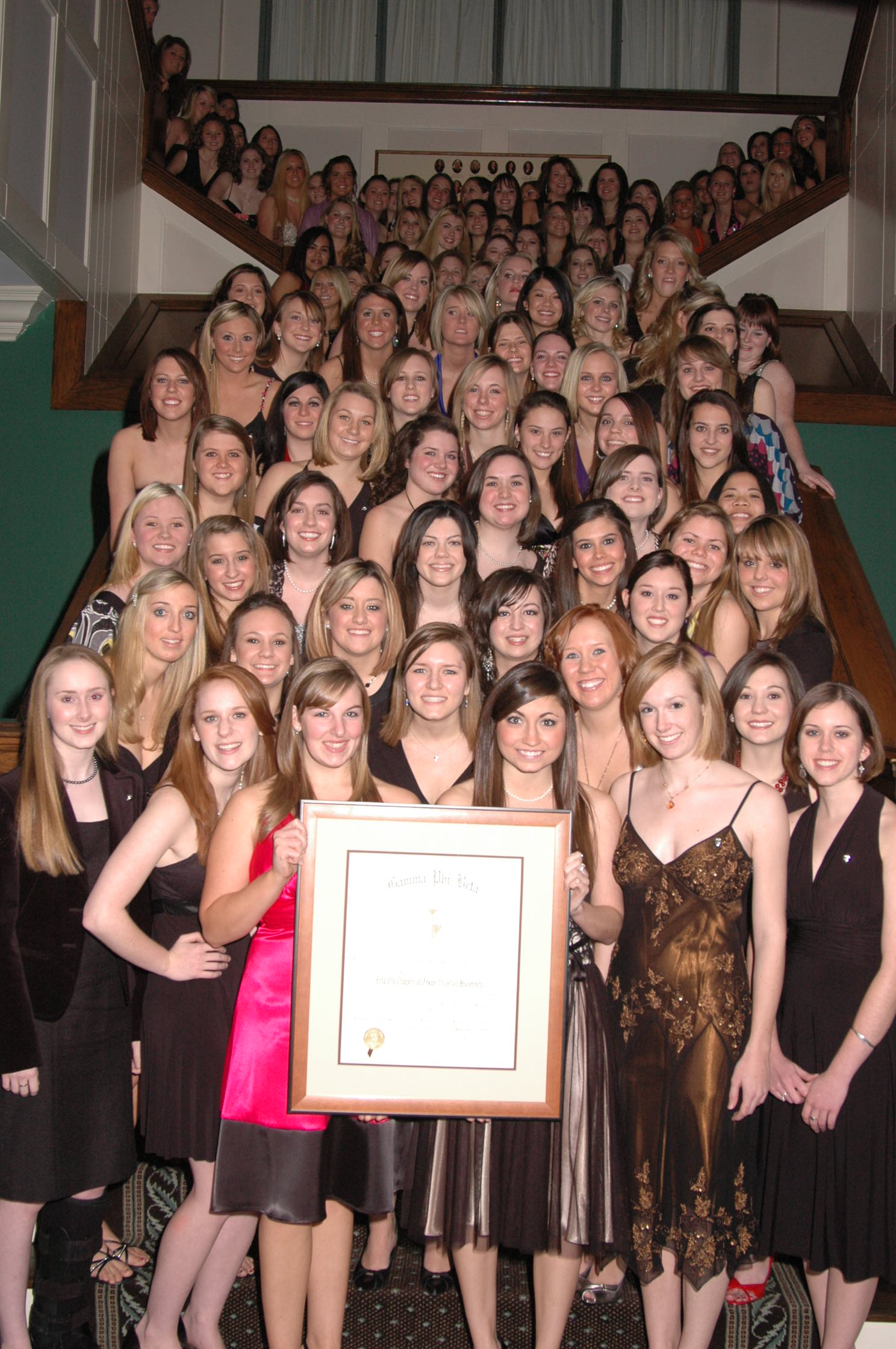