According to the National Panhellenic Conference, sorority growth had been on the rise for the past four academic years, with undergraduate membership increasing by slightly more than 15 percent between the years 2008 and 2011. In those four years, Gamma Phi Beta initiated more than 18,000 women. When the Sorority celebrated its 75th Convention, it was the largest ever with 875 women in attendance. Held in the Mile High City of Denver, Colorado, the theme — appropriately enough — was “Elevate.”

At the flag processional, collegiate chapters were introduced in Greek alphabet order with a chapter representative carrying a flag featuring their Greek letters and school colors. A total of 125 chapters were represented. Delegates from the chapter stood proudly as their flag entered the convention hall.

The International Headquarters opened its doors to more than 440 members for tours. Women from all over the country took the opportunity to see for themselves the Constitution, handwritten by Founder Helen M. Dodge; the silver vase given to Gamma Phi Beta’s first pledge, Clara Worden (Syracuse, 1875); antique badges; and other personal items.

Cathy Guthrie Lindauer (Iowa State) led the Confirmed Conventioneers parade with 22 carnations in her hat representing the 22 Conventions she’d attended over the years. The parade began at Convention 1974 and remains a favorite tradition. Sally Erikson Lewis (Northwestern), one of the self-proclaimed “old gals,” wrote in the fall 2012 edition of The Crescent and said of the parade, “This is when the collegians see what lifetime commitment really means.” 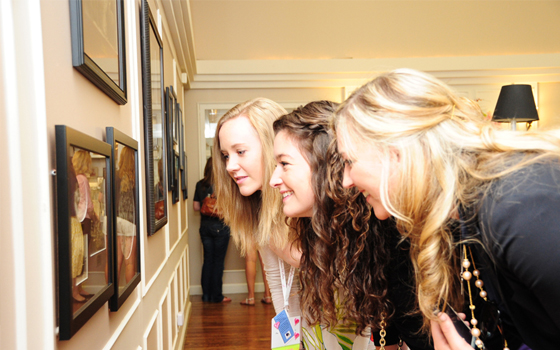 Conventioneers tour the museum at International Headquarters during the 75th Convention. 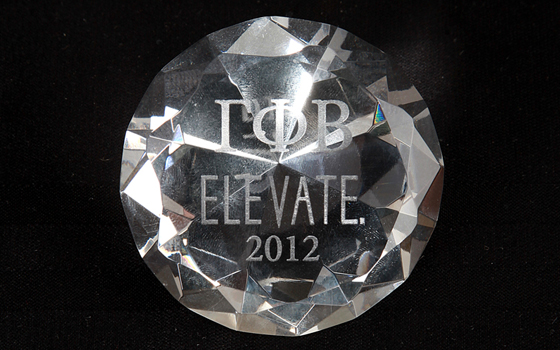 Favor given at the 75th Convention during the Pink Carnation Banquet to celebrating, our Diamond Convention.