Founded On A Rock

Aware of society’s fears regarding the impact of education upon women, the Founders were eager to prove that a young woman could coexist in a man’s world while retaining her dignity and fine manner. Frances wrote, “Breaking away from the old social restraints and mingling freely with the men led some [women] to swagger and imitate the lack of manners, shall I say, of the men: to be bold and noisy and boisterous so they were strongly criticized. So we did our best to be decorous and ladylike and to cherish those customs and manners, which added to the charm of true womanhood: to be courteous and kind to all around us. Oh, that we might inspire woman to do her best to make life happy, serene and comfortable, instead of wild and gay and sensational.” 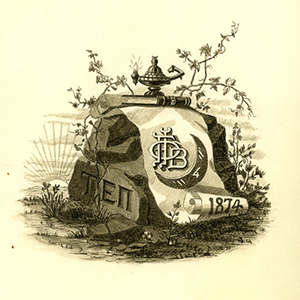 With that goal in mind, their purpose as stated in the Constitution was, “the promotion of a higher literary culture and social development.” For each of the Founders, their faith and the churches in which they worshiped played a significant role throughout their lives. In their early meetings, they often read excerpts from the Bible. It is not surprising then that they chose their open motto – Founded on a Rock – from the parable Jesus told of the men who built their homes on different foundations: one on sand, the other on rock. Adeline Curtis wrote in 1912, “Since the rock is the firmest and most enduring substance, able to withstand the ravages of time, and offering the strongest protection, it seemed fitting that Gamma Phi Beta should be thus founded. Protecting like the rock, those who enter our fold, a sure help in time of need, enduring to the end of time — this is the wish for Gamma Phi Beta of one of the Founders.”

Seeing the intent of these young ladies, the University Herald announced the appearance of Gamma Phi Beta in 1875 and added, “We are informed that the ladies of this society will hold their sessions in the afternoon rather than in the evening, thereby avoiding the necessity of being on the street at a late hour. The ladies have started on the right principle, are select in the choice of members, and we see no reason why a prosperous future is not in store for Gamma Phi Beta.”

Sometime between 1959 and 1964, the motto was inadvertently changed from the original Founded on a Rock to Founded upon a Rock. There is no mention of the change in the Sorority’s minutes or any other official document, but the “new” motto appeared in the Bylaws and on stationery and apparently slipped into common usage without challenge. A change back to the Founder’s original version was proposed and passed at the 2016 Convention. 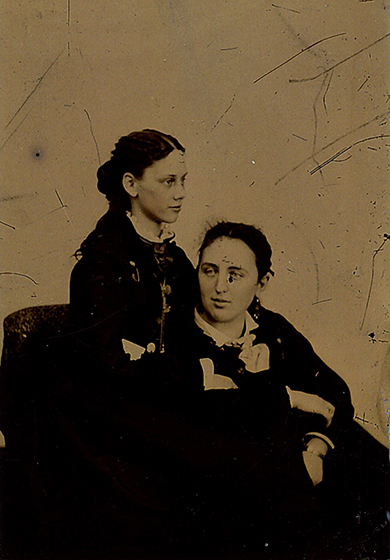 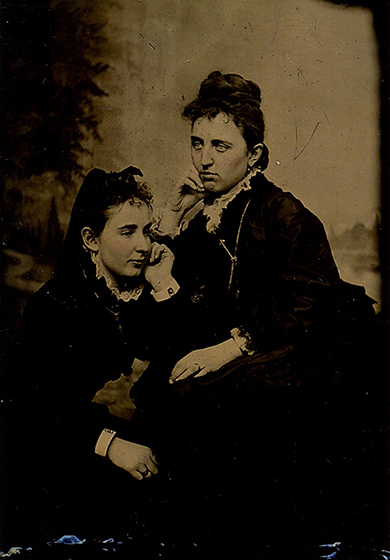