They met informally on November 11, 1874 – Helen Dodge, a junior; Frances Haven, a sophomore; Minnie Bingham and Adeline Curtis, both freshmen – and it was then they decided to organize as a “College Literary Society.” At their first official meeting on November 16, 1874, Frances was called upon to act as secretary and Helen, the eldest of the group, was chosen to preside over the meeting and was appointed to draft a constitution. Years later, Helen recalled her trials in drafting the constitution: “The formal reference to the constitution being drafted in the parlor of my house causes a smile, as I recalled how, curled up in various quiet corners, I wrestled over the stupendous document.” Adeline was tasked with devising their secret grip. She did and it was approved at the November 20 meeting. The Constitution was adopted at the January 7, 1875, meeting. 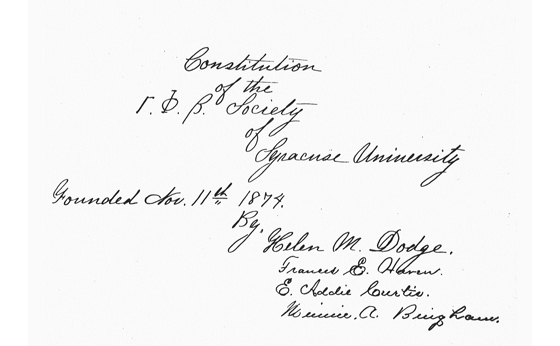 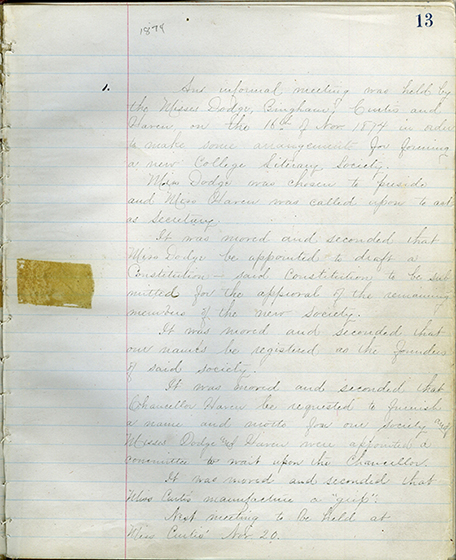