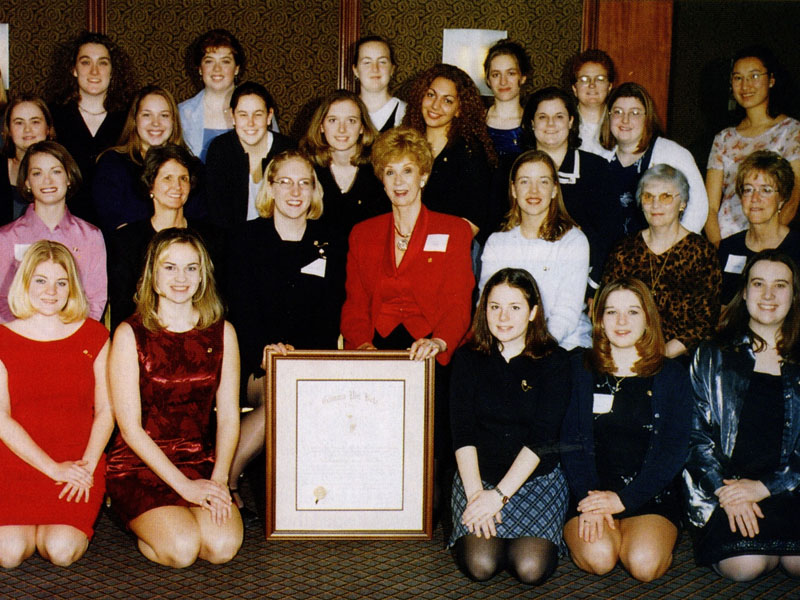 Zeta Nu Chapter was installed at the University of Detroit-Mercy in Royal Oak, Michigan, on February 13, 2000.

Since September 1, 1997, the University of Detroit Mercy had a local group called Gamma Phi. The original members searched for a national or international sorority to affiliate with that embraced their same ideals. February 12, 2000, was a historic day for Zeta Nu Chapter because their longtime goals were finally accomplished – they joined Gamma Phi Beta.

Many were in attendance for the chapter’s installation, including Cherie Olsen, past Foundation chairwoman and past financial vice president; Trina fox, president of the Metropolitan Detroit Alumnae Chapter; as well as past international officers and other interested alumnae. It was standing room only for the ceremony, which was beautifully performed by members of Beta Chapter (Michigan). A total of 22 members were initiated, including three alumnae initiates.

Excerpt from the summer 2000 issue of The Crescent, page 11.