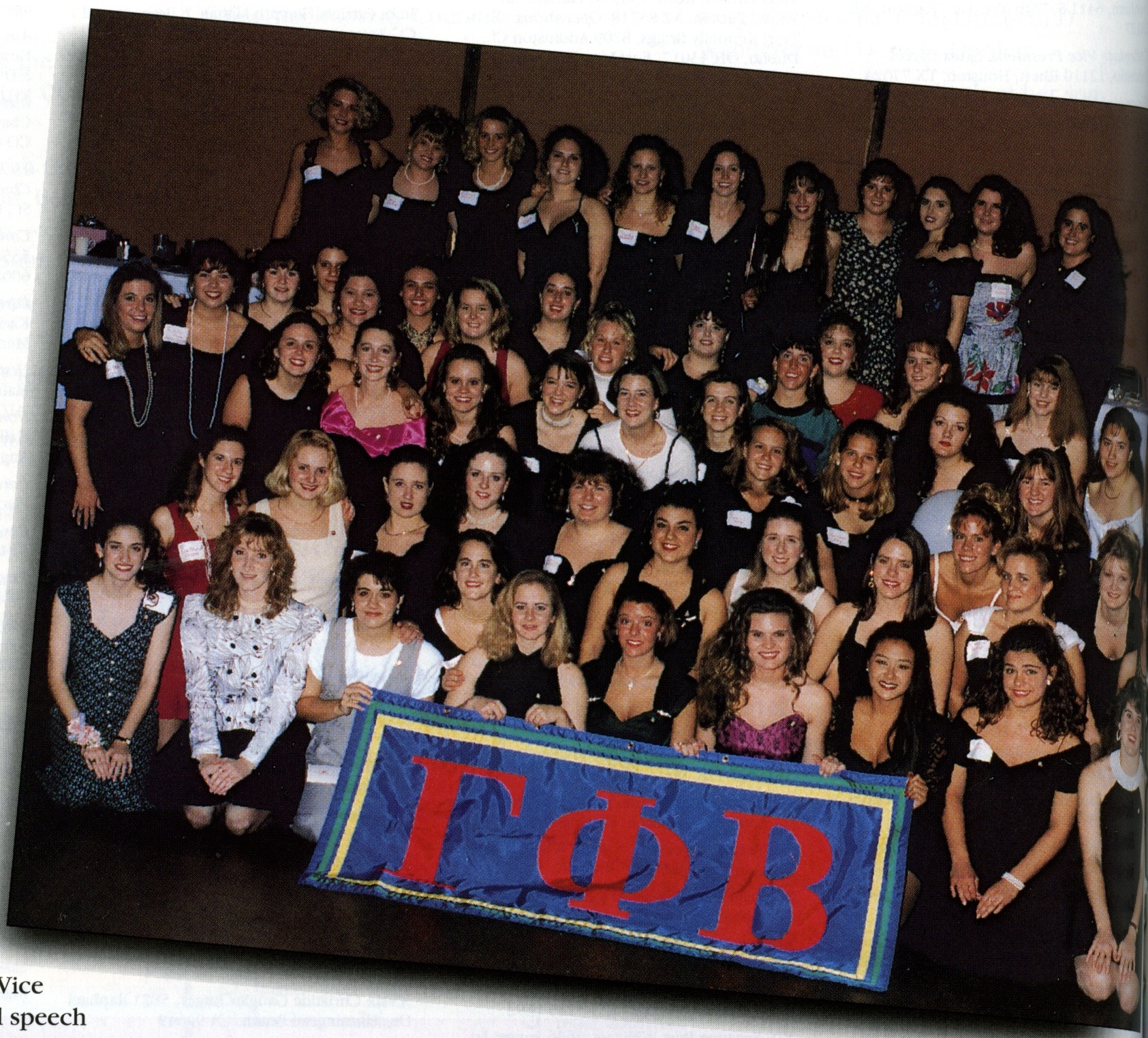 Fifty-eight members were initiated on November 5, 1994, including one alumna initiate from the Southeast Missouri Crescent Circle. The Initiation ceremony was performed by Gamma Tau Chapter of St. Louis University and was followed by a banquet at the Holiday Inn Convention Center.