The colony then went through its first formal rush as Gamma Phi Beta Sorority in the fall. The chapter met Quota, and 14 women were added to the group, making Gamma Phi Beta the largest sorority on campus!

The women had the highest grade point average among all Greek organizations on campus. They took second place in the campus Homecoming parade and hosted a canned food drive for a local food bank. After much hard work and dedication throughout the pledge program, officer elections and Initiation preparation, Zeta Alpha Chapter was finally installed.

The Initiation ceremony was held at the Spokane Masonic Temple, followed by an Installation banquet at Cavanaugh's River Inn. More than 200 guests attended the banquet and celebration.

Excerpt from the spring 1994 issue of The Crescent, page 25. 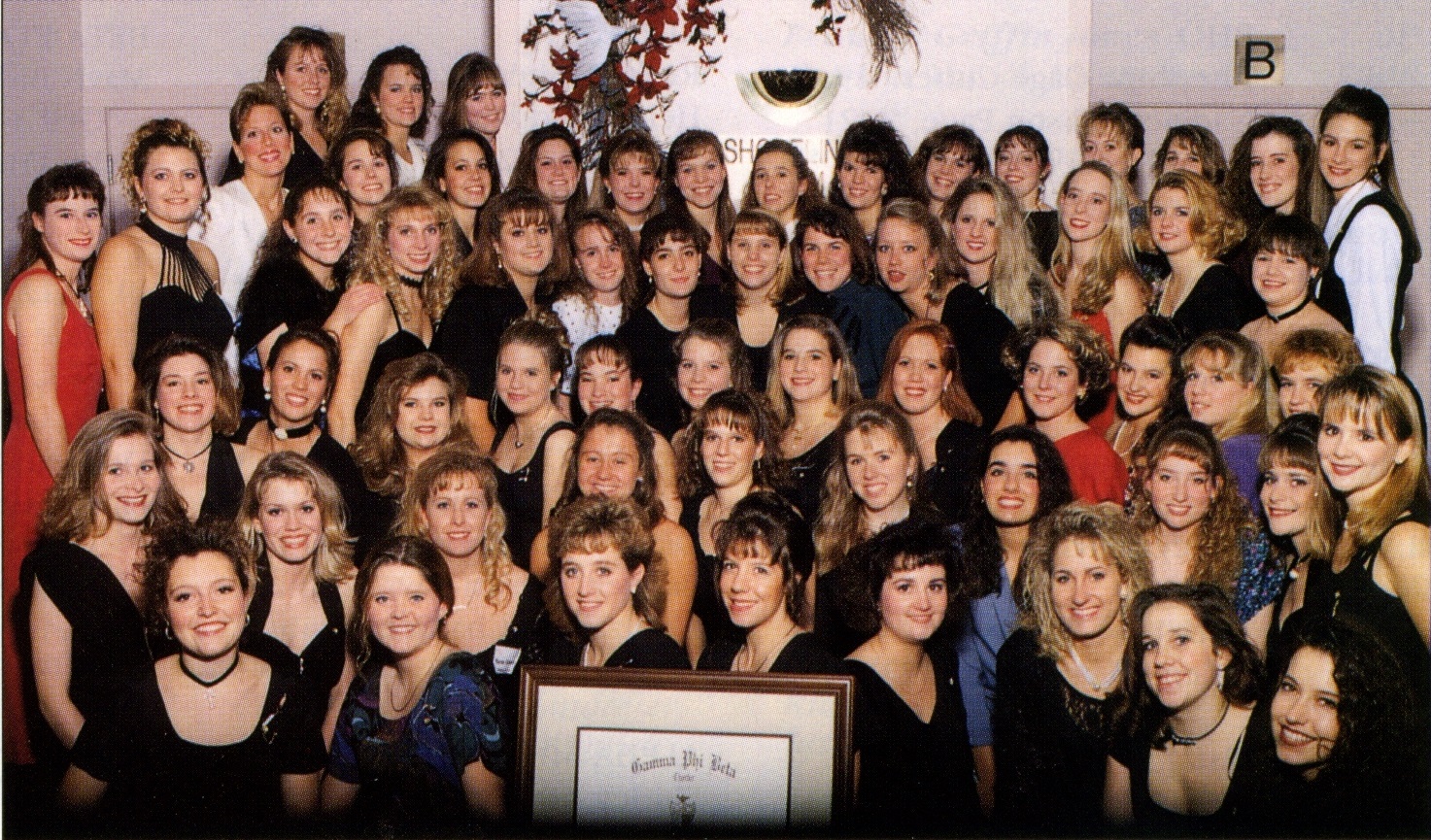