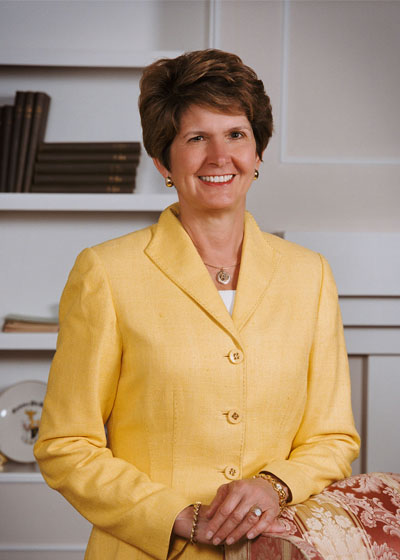 On October 22, 2005, Elizabeth “Betty” Ahlemeyer Quick (Indiana) was installed as the 61st chairman of the National Panhellenic Conference (NPC), the third Gamma Phi Beta to serve as NPC chairman in NPC’s 103-year history. The first was Lillian Thompson (Michigan, 1892), who served as chairman from 1912 to 1913, followed by Beatrice Locke Hogan, who served from 1955 to 1957.

Having served as a member of Gamma Phi Beta’s NPC delegation since 1984, at the close of her term as chairman, Betty served an unprecedented 12 years on the NPC Executive Committee. In honor of her installation and in recognition of her leadership and long and devoted service to the NPC and Gamma Phi Beta, the Gamma Phi Beta Foundation established an endowment in her name. Income from the endowment is given annually to the NPC Foundation to provide a scholarship for a deserving junior or senior from among the 26 NPC member groups. The Foundation also awards an annual scholarship to a deserving Gamma Phi Beta collegian in Betty’s name.